Hannah More, from the Heart

Matterofprayer: A Year of Everyday Prayers – Thursday, May 25, 2017

Hannah More, from the Heart

Hannah More lived from 1745 to 1833, and was known as a poet, playwright and writer. She was noted in English literary circles, but was uncomfortable with the literary scene. Increasingly evangelical and spiritual, she became more and more active against slavery. She also became well known as a Christian writer, and began schools for poor children in the area near Bristol.

In the excerpt in this anthology, Hannah More wrote about Practical Piety, talking about small virtues and small faults. “The acquisition of even the smallest virtue is actually a conquest over the opposite vice and doubles our moral strength.” [1]

This brings to mind the verse from 1 Corinthians 10, where Paul reminds us that God provides a way out from any temptation that overtakes us. More gives further explanation about several faults. Procrastination, indecision, idleness, vanity, irritability, and trifling. “He who made us best knows of what we are made. Our compassionate High Priest will bear with much infirmity and will pardon much involuntary weakness.” [2]

More tells us that if we—fallible us—do acts of service, those acts bear the true character of the love of God. Upon reflection, Richard Foster says that “these thousands upon thousands of little actions of righteousness and peace and joy in the Holy Spirit slowly but surely change our heart. More than any other thing, the small corners of life reveal who we really are.” [3]

Dear God, thank You for giving fallible-me some hope. Compassionate Lord, help me to act in righteous ways, full of peace and joy. Hear me, I pray.

This post includes a second definition of PEACE from Pleasant Green Missionary Baptist Church. But, before we get to that, I need to tell a bit about the Englewood neighborhood, and Mothers Against Senseless Killing (MASK). This excellent group has a dinner outreach called Take Them a Meal. Several people from Morton Grove traveled to the south side of Chicago to provide for the dinner, two weeks ago.

The weather was quite warm—and so was the fellowship and community! Heartwarming, too.

As the dinner outreach packed up, Pleasant Green Missionary Baptist Church started to set up on the same street corner. They have an outdoor worship service every Wednesday night during the summer. That church has a regular outreach to the Englewood community.

I greeted several of the church members, including the associate pastor, Frederick Schells. A kindly man, he gave me his view of peace right away. Pastor Frederick’s personal definition: “PEACE is the love of God within you.”

As I asked for him to elaborate, he said, “Peace has to be recognized from within.” He talked about the importance of God in each individual’s life, and how the presence of God is a foundation for peace.

The presence of God can be a comfort and encouragement for many, especially when going through difficult or challenging times. The Gospel of John lets us know that Jesus promised peace—His peace. Not as the world gives. Not fleeting or temporary, but permanent. Everlasting peace.

Praise God. Thank You for Your peace.

Why not visit my sister blogs, “the best of” A Year of Being Kind.  #PursuePEACE. My Facebook page, Pursuing Peace – Thanks! And, read my sermons from Pastor, Preacher Pray-er

Teach Me Thy Love to Know 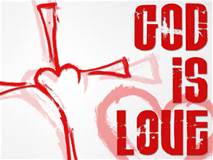 “Teach Me Thy Love to Know”

Such a moving, short prayer I chose today. This prayer I chose from The Oxford Book of Prayer deals with “Hallowed be Thy Name” (Prayer 164, page 61) [1] It is listed under the subheading of Blessing and Thanksgiving. And, from several hundred years ago, too. The prayer is attributed to George Herbert, who lived from 1593 to 1653.

I was, indeed, moved by these brief lines: “Teach me Thy love to know;/That this new light, which now I see,/May both the work and workman show:/Then by a sunne-beam I will climbe to Thee.”

I felt deeply stirred by these few words. Herbert packed so much into them. Yes, I have often prayed to know the love of God more deeply. Yet, never in such a way as Herbert describes.

The new light of God’s love, God’s presence? Ah, such a thing to fall upon me. And, to reveal God’s work? Much less God the workman? Or, is it revealing those who work on God’s behalf? Either, or both. Still, such an image for me to have in my mind’s eye. Or, to hold in my heart.

The last line shakes my soul. Climbing to God on a sunbeam? At first glance, it could be seen as something immensely sweet and cloying. Like something from a cute and fluffy children’s television show. But as I continue to examine this prayer, and allow it to penetrate into me, I can see how the words gain resonance. Power. Like a clean wave on the shore, washing the cloying sweetness away.

Such an image for anyone to hold in their heart. God, bless the memory of George Herbert. Bless those who read Herbert’s words and come before God in spirit and truth as a result of reading them. Thank You.

Why not visit my sister blogs, “the best of” A Year of Being Kind.   @chaplaineliza And, read my sermons from Pastor, Preacher Pray-er

A millennial's musings
An Unexpected Writer

sermons and other musings from Jeremy Marshall