What a strange thing. So many people in the Bible considered themselves strangers, sojourners in a strange land. I had never noticed that before!

That feeling of being out of place? Awkward? Strangers, not belonging in a situation or a place?

I am a stranger here on earth,

Do not hide Your commandments from me.

Intellectually, I realize this feeling is more widespread than some people think. Abraham, Isaac, Moses: all felt like this But, all of these mentions in the Bible? And, by King David, no less! He was one of the last people I would expect to feel this way, with his charismatic personality and charming good looks.

Dietrich Bonhoeffer mentioned that he, too, was a stranger and a sojourner here on earth. However, this strangeness and wandering as a sojourner is no reason to neglect the call of God. God can still call me. It doesn’t matter whether I answer to Bonhoeffer, or the Catholic faith, a Protestant denomination.

I am here on this earth as a person who follows God’s Word. To the best of my ability. However, there are those who pray as pilgrims in a strange land. “For those who have become strangers on earth, according to God’s will and his calling, there is really only one thought that can fill them with dread—that they might no longer recognize God’s will, no longer know what God require of us.

What does God require? How do we, as strangers and sojourners, possibly present God with anything possible that God could want. Remarkably, the last words in this psalm   anyone would expect. Do I fear that the promises of God could be wallpapered over? Scary thought, indeed. Holy God, blessed God, help me continue to follow. 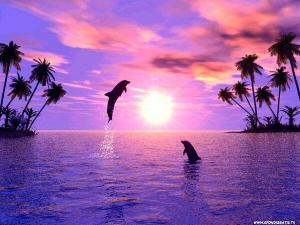 I have mentioned before how I can fall into conversation at the drop of a hat. My children and husband shake their collective heads in bewilderment, sometimes. It just, sort of, happens. It isn’t like I go out of my way and plan it! Just happens.

As I read today’s suggestion, I couldn’t help but think this morning was a perfect example. I have a state certificate in Alcohol and Drug Counseling. As a result, if I want to remain in good standing as someone with a CADC, I need to take a certain number of continuing education classes during the year. Each year. Actually, the classes are excellent refreshers. I do appreciate them.

I attended one this morning. Accordingly, I arrived at the place. (A synagogue in another Chicago suburb.) Round tables were set up all around the large room where the presentation was being given. I sat down a couple dozen feet from the presenter. A woman was already seated at the table I chose, and we immediately began talking. (I could tell she was rather introverted, but she began to talk, readily enough.)

As several minutes went by, three more people came in. Seated themselves at “my table.” It only took a minute or two, but five ladies—who had never met each other before—were involved in fairly deep communication. It helped that we were all there for a common purpose. Plus, all involved in a helping profession. Several clinicians, one administrator, and me.

There were others—dozens of others—in the large room. I am often able to “feel” the “temperature” of a room, in a social sense. This room definitely felt warm and friendly! True, there were some attendees who did know one another. However, some were in the same boat as all the people at my table. We talked to each other. Of course, we were encouraged to, by the presenter. However, quite a lot talking buzzed around the tables even before she told us to talk to one another as an ice breaker!

I went one step further. The presenter had reached the halfway point in her talk. She had a tickle in her throat, and tried to clear it. Meanwhile, she asked someone to read a handout, a meditation that was included in everyone’s folder. Her eyes fell on me, and I spontaneously raised my hand. Rose to my feet. The presenter introduced me, off the cuff.

Thus, I read the meditation. (I do read well, by the way.) I could tell that everyone was surprised. Some were pleased. A few asked me whether I was a “plant” in the audience because I read with such feeling and compassion. (Yes, it was an introspective meditative reading.)

Did I make myself useful today? I think, yes. Did I go out of my way to talk to people? Be friendly? Absolutely. Even after the training, in the hallway? Yes, there, too. Wherever there are people. It’s a human thing. A feeling thing. God willing. God, help each person on their jobs. Help them know their job is a worthwhile job. Help me, too, on a regular basis. Amen!

Why not visit my sister blogs, “the best of” A Year of Being Kind.   @chaplaineliza And read #40acts sermons from Pastor, Preacher Pray-er .

sermons and musings of a disciple muddling along the way