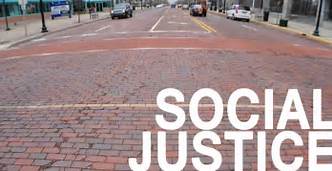 I’ve come to the end of this excellent anthology of a wealth of different faith traditions. Amy Carmichael is the last of these moving snapshots we glimpse in this book Spiritual Classics. Miss Carmichael was born in Northern Ireland in 1867, came to Christ early in life, and developed a passion for social concerns—what today is known as social justice, in some circles.

At 17, she brought together a group of 500 poor mill girls in a church hall in Belfast. Several years after, she felt a call to the mission field, to Japan. She stayed there for some months, but had to return because of ill health. After several more years, she left for the mission field again: this time, for India.

Over the years she remained in India, Miss Carmichael helped to found a large healing and training center. After a disabling fall in 1931, she lived as an invalid, writing extensively for the rest of her life. She particularly spoke out against the Indian practice of dedicating children to temple gods, and worked to get that practice abolished, with the help of a number of people from India. [1]

As Miss Carmichael herself writes, “The subject was new to us. We knew nothing of the magnitude of what may be called ‘the secret traffic of India’—a traffic in little children, mere infants oftentimes, for wrong purposes, and we did not appreciate, as we do now, the delicacy and difficulty of the position from a Government point of view.” [2] She was dumbstruck at the prospect of many, many children all across India enslaved to service in various temples.

Miss Carmichael has a clear and generous view of the rich, multilayered cultural background of the Indian people. She writes “The true India is sensitive and very gentle. There is a wisdom in its ways, none the less wise because it is not the wisdom of the West.”[3]  At the same time, she is so struck with prayer for those children: if the children exist, she prayed that they might be saved. God heard. God answered. She truly believed in prayer, and acted on her belief.

Dear God, I wish I could have just a portion of Amy Carmichael’s faith. Please help me to have just a little faith. Hear me, I pray.

A millennial's musings
An Unexpected Writer

sermons and other musings from Jeremy Marshall